From Software to Softplay

Learning to listen, empathise, be curious and to build trust has never been so important.

Since the last post the building of our family has continued.  Yes we have had bad days, yes we have had instances of regression and the expected attachment challenges but all things considered things have been just bloody brilliant.

It’s exhausting, more than anyone could have prepared us for.  It’s testing you all day and pretty much every day and it’s incessant but to see the progress and development so far in these two special boys is outstanding and nourishing for the soul.

The boys are doing so well considering they have only been placed with us for two months now.  Older child has been doing amazingly at school and at his recent PEP review and parent-teacher review he was described as middle ground on most subjects and life skills and above middle for maths.  We will totally take that.  He has only been there for five weeks yet has built up a great circle of friends and thrives from the routine, peer pressure and being able to tell his friends all about his life.  Seeing him leave each morning in his uniform with a smile on his face is priceless. I am even trying to do homework pages for a little bit each day over the Easter break to help him continue some part of routine.  Today he completed seven  pages of maths homework!!

Younger son has been doing equally well at nursery and in their words “has taken to it like a duck to water.”  He feeds off interaction with other good peers and has developed some great friends, albeit not being able to recall many names but just calling them “my boy and my girl.” – meaning they are in his class. He will be having more hours in May and this will really help him as right now he cries on the days he can’t stay at school with his brother or see his mates.

We have developed some lovely friends through the school and a wonderful couple, let’s call them  P and J who have been so welcoming, kind and a real rock to us in the last 5-6 weeks.  Their children are the same age as our boys and love playing together and to see them all play and interact so well really brings a massive smile to your face and glow to your heart.  I feel I can say anything to J without being judged and know that 9 times out of 10 she may have had those feelings, thoughts or experiences.  It’s great to have such lovely people around and it only build on to our existing well developed and strong support network we are so so lucky to have.

With the boys we have been working each day and week on developing more trust, consistent love, endless fun and giggles but also continuing the boundary development and nurturing roles.  Some days we have really been put to the test with one or the other not wanting to do anything they are asked, reverting back to toddler mode, expressing strongly how the world is against them and their fears in their own special and magic ways.

Only recently, older son had a meltdown as we wanted to move his lego for breakfast.  it escalated, he would not relinquish anything and was screaming how “You are just going to throw them in the bin as you are angry.”  When Mr F used his best therapeutic parenting and remained calm and asked some questions what transpired was that birth Mum had in fact done this one and it had remained with him since.  Always seen as the ‘naughty’ child previously by others he had been treated in such a way that long-standing marks and memories and fears had been created and embedded in him.

This is just one example of the past starting to come out.  Our hearts sink when we learn this and I can’t begin to imagine what is going on in their little minds.  Many adopters feels the same, “If only we could get inside and understand fully then we would have a better chance at helping to demonstrate to them we are different, life is different now and that these things will never be repeated.”  All we can do is continue to work, continue to talk and not to react to anything we are told.

Younger son looked up out of the blue the other day whilst he and I were in the car and just asked “Dad, when are we moving to our next house?” To which I tried not to show a reaction and just asked him what he meant, (knowing too dam well what he meant but wanting him to express himself), and what did he mean by new house?  He simply replied and said ” Well when are me and my brother moving to our next house to live in?”

We then had a good discussion on his forever home, what forever meant, how that made us feel and how it made him feel that this was his forever home with me, Daddy and his brother, to which he simply replied “Happy”, with a big grin on his face.  How my heart sunk but at the same time also felt lifted and warmed.  It sunk as these boys have been moved so many times they just believe that everyone they meet is here to just care for them but that they will be moving on again.  It warmed my heart as the conversation we had afterwards around our forever home, our TEAM, as we also call it, (Thanks again ‘A’ my adopter confidant for that phrase and technique 🙂 ) helped to reassure him I didn’t want him to move, we didn’t want him to move and most importantly he didn’t want to move.  We talked about the future, what he wants to do in a few years and this really allowed for a good chat.

Older son has already been speaking about when he is older, which car he wants and that he wants to come and work with me in the world of software.

Older son has been opening up more about his birth parents and memories, which whilst hard to listen to, is amazing progress for a little boy who has never really talked about his past before.  Yet two months in we have been taking about where he lived, what car birth Dad drove, how he didn’t have a car seat and how sometimes he was shouted at.  Birth Mum has also been in conversation with regards the toys situation above and also a lady who looked like her when we were out.  We are learning to not react but to be curious and ask more, allowing them to talk when they need to about what they want to.  Confirming that we know some of the details when we do as have seen pictures of parents, contacts and also know about their living circumstances.

To have a 6 year old who is aware of alcohol to the extent that he is, as well as drugs, yes drugs, is heart breaking.  The other day out of the blue he pointed at a package on the floor and shouted “Be careful there could be drugs in there!” Now, call me old-school but I don’t know many other 6 year olds who would know that or have that awareness and again the mind boggles as to just what he had seen in his earlier life.  I look at him with love and admiration and just feel saddened as a big part of his childhood had been taken away from him.  Our mission is to give him that chance, allow him to be a boy again and to just be.  Just be a child, just have fun, just start to love and to trust adults again.

I know that as the boys develop, as we start going through the life story books which are near completion, these conversations may well become more frequent and possibly harder to listen to or to comprehend but with the right time, love , level of curiosity and also acceptance we can help build trust, understanding and a joint realisation of the past.

We have started to have some real magic moments, in fact from the early days as well as recently.  He is starting to make more eye contact when talking to you, the toddler outbursts whilst still there, are less frequent or extreme.  We have been planning fun family days and starting to introduce family members.  (More on this in the next post). 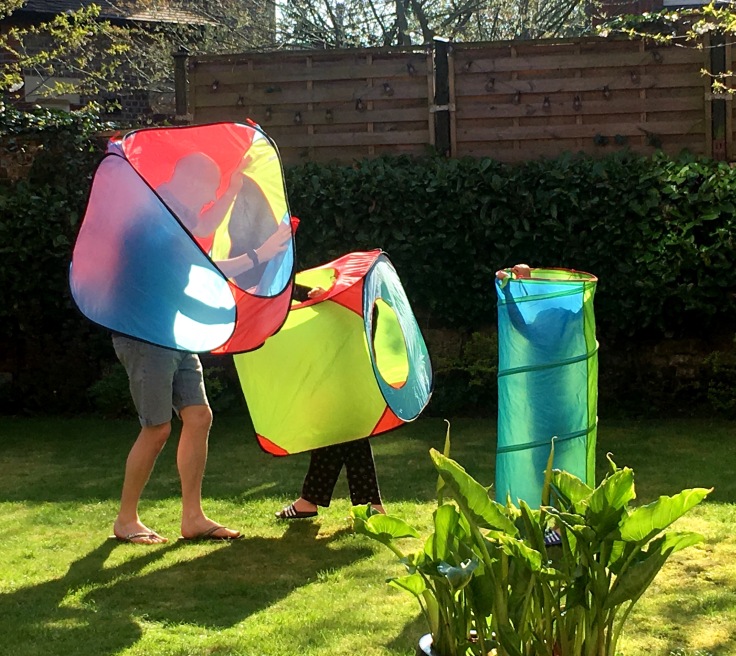 We are well on that path but I know that path is never-ending and will have many twists, turns and hidden surprises along the way.